Jack Cactus, author of Model Behavior (Haute Mess, Part 1), is with us today. Please join me in extending Jack a warm welcome! Before we get to the actual interview, let’s take a quick look at the blurb of Model Behavior : 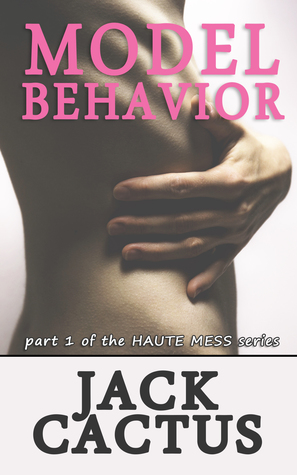 Delilah Dearborn is a hot mess.

Embroiled in a life of excess as a supermodel, her entire world comes crashing down when she collapses on the catwalk during Fashion Week in Milan. Sent back to her toxic childhood home to recuperate, she falls for a man who can’t see her external beauty; in fact, he can’t see anything.

Can Delilah’s neighbor help her find redemption? Or is the blind leading the blind?

Model Behavior is the first installment of the HAUTE MESS series.

This 20,000 word novelette does not contain steamy scenes, just romance, drama, and cuteness. Normies beware, this might not be the romance for you. 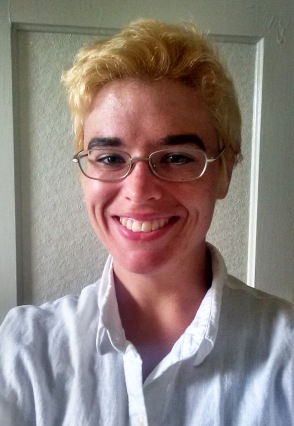 1. Tell us a little bit about yourself.
I’m a twenty-eight-year-old genderqueer romance writing cactus from the Southeastern United States. I’m also a visual artist, a vegan, a social justice warrior, a health and wellness geek, an erstwhile horticulturist, and a MASSIVE, rabid David Bowie fan. I’m an alligator. I’m a blackstar.

2. Why did you start writing?
I started writing because I grew up as an outsider; I was bullied, teased, and ostracized from peer groups, and I’ve always had a hard time participating in a “normal” social life. I have struggled with mental illness and family dysfunction my whole life. My growing up environment was extremely toxic, and I did not have a voice. I was not allowed to be my own person. I was desperately lonely. So when I was a teen, I started writing about other people who were outsiders, and who were silenced in some way, and I wrote their stories and changed the outcomes to things that I wanted, or sometimes things that just reflected my inner life or projections of my story. Writing became my greatest joy and my greatest outlet. Also, I was good at it, and because I wasn’t getting much approval from my family of origin, it felt good to be affirmed by the people I was writing with.

So that’s why I started putting words on to the screen. I started to get into authorship and publishing because I realized that there were probably other people like me who want to see people in romance who feel the way they do. You know? I’ve never felt a connection with the characters in categorical romance, which is why I want my stories to be out in the world, because I’m sure there are millions of other people who just feel alienated by traditional romances, because those people are nothing like them, and have no idea what their lives are like. Personally, I don’t relate to a romance about Normal Cute Girl meets Normal Hot Boy and then they Do Normal Stuff and then Live Normally Ever After. It bores me. I want to read about the woman who has to overcome her addiction in order to live her life. I want to read about the man who struggles to find acceptance because others can’t see past his disability. I want to read about unabashedly queer people for whom leaving their home in the morning is a supreme act of courage. When I was growing up, I didn’t see these stories, so I started writing them, and now I’m publishing them.

3. Does your story have a moral?
I don’t know if HAUTE MESS has a “moral,” per se, but it definitely has the themes of redemption, second chances, and becoming comfortable in your own skin. Both Delilah and Jude come from drastically different backgrounds, but their struggle is fundamentally the same: They have both been terribly wounded by life, and must choose to heal and overcome it, or let their wounds destroy them– and each other.

5. What does a typical writing session look like for you?
I get up, eat breakfast, go for a short walk to clear my head. Sometimes I’ll go to a coffee shop or the library, sometimes I just sit down at my desk in my apartment, then write for two to four hours. Then I’ll take a break, maybe go for a run or go to the gym, go to a meeting, then come home and write some more if I haven’t met my word count yet. If I have met my word count, I’ll edit, plot, brainstorm, or work on my social media stuff.

6. How do you feel about outlines? Are you for or against them?
I’ve heard this described as “plotting” versus “pantsing.” Hah! I’m definitely more of a pantser myself. I wish I could outline faithfully. Outlines help me when I can write them, but I can’t always plan out what’s going to happen. I don’t know why. I really admire those people who can plot their books out to the last scene.

7. What is your favorite book genre?
I prefer to write romance, romance, romance! I’ll write pretty much anything as long as it’s romance, but I gravitate toward historical romance, and contemporary new adult. I also enjoy fantasy/paranormal romance. I have projects planned in practically every genre/flavor imaginable.

You might be surprised or disgusted to learn this, but I don’t read much romance. 😛 When I do read romance, I prefer to read the classics, like the Brontes or Austen. Generally I like to read fantasy, sci-fi, classics, paranormal, that kind of thing for pleasure. Stephen King, Anne Rice, Terry Pratchett. I recently met an author at a conference whose work I’m just falling in love with, John Robert Mack. He’s like the lovechild of Terry Pratchett and Douglas Adams, I’m really loving Tales of Mystery and Woe. It’s so funny, it’s a great fantasy/adventure novel!

8. What is your favorite book?
I have lots of favorites for different reasons, East of Eden, Catcher in the Rye, Dragonlance, Cry to Heaven. But my stock answer to this question is Jane Eyre. I just think it’s the most beautiful, beautifully written, compelling, subtle, sweet love story. Jane Eyre is a badass. Mr. Rochester is like, one of the original lovable “bad boy” types. It’s so great. The film version with John Hurt is excellent too.

9. Any project in the works?
So. So. Many. HAUTE MESS Part II is in the works, and I have at least one more volume planned (possibly more). Marilyn (a minor side character from HAUTE MESS) is going to get their own book(s) eventually. Concurrently, I’m also working on a historical romance that’s a prequel/re-imagining of an old work I recently un-published. It’s a Victorian romance about a naive French nobleman with albinism who falls in love with an opium-dealing badass prostitute woman.

And now for a game of “Which Do/Would You Prefer?”
1. Dogs or cats?
Fuzzy little animals of all varieties.

2. Summer or winter?
Summer for wearing very little clothing and going to the beach. Winter for snuggling up with a good book!

4. Car or motorcycle?
Car. Motorcycles scare the crap out of me.

5. Ebook or physical book?
Physical book! As much as I love ebooks, there’s just nothing like ink on paper.

6. Having telepathy or having telekinesis?
Telekinesis. Dude. I don’t want to know what you’re thinking, it’s none of my business.

8. Making a phone call or sending a text?
Texting.

9. Travelling by car or travelling by airplane?
Car. Airplanes make me feel like a sardine.

11. Being Spider-Man for a day or being Batman for a day?
Spider-Man, definitely. Why would you want to just be rich for one day? I’m tryina shoot some cobwebs from my hands and swing around on buildings n shit. Batman’s outfit is cooler though and he gets to wear a ton of black eye makeup. I dunno. It’s a tough call.

15. To never again eat a piece of chocolate or to never again drink a cup of coffee?
THIS IS THE WORST QUESTION IN THE WORLD. WHY WOULD YOU EVEN POSIT SUCH A SITUATION. I REFUSE TO CHOOSE. LET KING SOLOMON CUT ME IN HALF.