In the virtual studio today is Justin Bienvenue. He is a horror novelist who has also released a book of poems. (Neat combination, eh?) Here are his books’ covers: 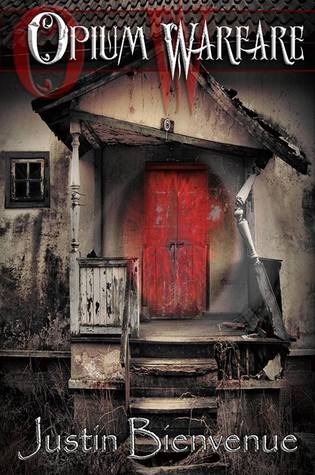 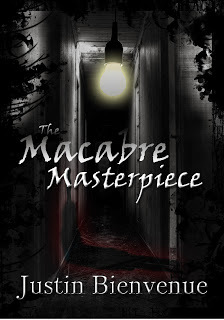 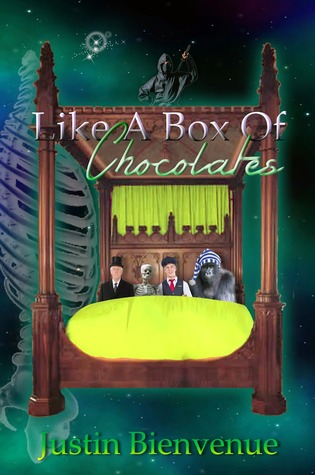 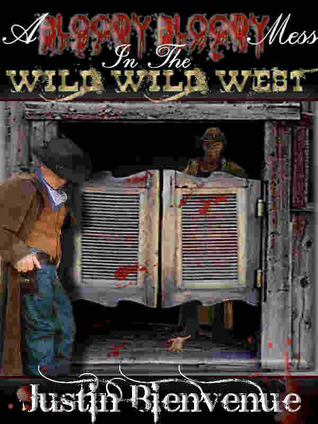 Without further ado, let’s get to know Justin.

1. Tell us a little bit about yourself.
I was born in and reside in Massachusetts. Aside from writing I enjoy watching sports such as football, baseball and basketball. I enjoy the outdoors, learning about history, weird things like the unknown mysteries, Ufology and Egyptology. I also like to play games and playing sports if I ever have the chance. I consider being an author to be what I do for a living and I also work part time as security for Gillette Stadium. When it comes to being a writer I enjoy writing in poetry and horror but am known to try different genres out as I like to be diverse. I have four published books, number five is currently in the works and I also have several short stories and poems in anthologies. Some fun things about me are my ridiculous knowledge of football and my love for poetry.

2. Why did you start writing?
I started writing for two reasons. The first being that I created a goal of five things to do and after I failed to really accomplish and establish the first four, the fifth was write a book. It was fifth because I really didn’t think it was possible to write a book and thought it was the hardest of all but again after not really getting anything going I thought I’d write. The second reason was because I enjoy writing, I enjoy telling stories and it was something I found that I was quite good at. So between wanting to accomplish one of my goals and finding something within my that I was truly good at that’s why I decided to write. I feel it’s my calling if you will, something that if you enjoy as much as I do then you don’t see it as a job or work and I don’t. I love writing and am proud of my works so in a sense I don’t consider it work but a job that I’ve come to love.

3. Tell us about your books’ titles.
Well I have four books and how I came up the title’s for them is quite unique in in their own right. For my first book the one that started it all, The Macabre Masterpiece the title took a few minutes to find. I knew I wanted to write a book of horror poetry but wasn’t sure what to call it. I thought of corny titles like, The Dark Book of Horror Poems, The Darkness: Poems of Horror but then one of my favorite words “Masterpiece” popped into my head and then I thought what rolls off the tongue with that..then I replaced horror with macabre and the title, The Macabre Masterpiece: Poems of Horror and Gore was born.

My second book is a western horror. I came up with the idea of writing it after watching one of the Dollar Trilogy movies with Clint Eastwood. One of the bad guys said something and the title, A Bloody Bloody Mess in the Wild Wild West came rushing to me. I thought it sounded perfect and decided it would make for a great book title.

My third book is called Like A Box of Chocolates and I came up with this after several dull and generic titles. The book is a collection of poems within many different genres. I thought about calling it, The Mixed Book of Goodies, The Book of Various Poems but they seemed dull and weren’t catchy. Then I realized that each poem was different and after you read them you don’t know what your going to get and being a Forrest Gump fan I thought calling the book Like A Box of Chocolates was fitting and a nice little touch on paying homage to a great film.

I came up with the title for my latest book Opium Warfare after reading about warfare tactics in a book. I read something later on that day that mentioned opium and for whatever reason my mind put the opium and warfare together, I thought it sounded cool enough to make my book title so that’s how that came about.

4. Of the characters you’ve created, which one is your favorite?
Oddly enough my two favorite characters I’ve created are both the antagonists of their respected stories. I of course like my protagonists but the way I wrote the adversaries to the main characters was quite gripping. I made them smart but ruthless, vengeful but wise and most of all I feel they give off that perfect love to hate relationship with readers. Javier “Bones” Jones of A Bloody Bloody Mess..is ruthless, barbaric and just downright evil. I made him your typical western bad guy but I gave him some spice and flare and most of all what I like best about him is I gave him no respect for mankind and morals.

Shin Shaojin is from Opium Warfare. I like him because I made him intelligent and wise which is always the hard of foes for main characters to defeat. A man that’s not necessarily out to kill or wants to go against authority but uses his smarts to outwit and play a slimy bad guy. I loved creating Shaojin because he’s egomaniacal, twisted and smart in all the right places. Think of Donald Trump, John D. Rockefeller an, an evil wise men from a Chinese Ninja movie and Hitler all rolled into one. I know that’s a crazy bunch but just being able to put all that into one character really made him a favorite to write.

5. What is your favorite book genre?
My favorite genres to read in are horror, science fiction but only certain kinds. I also enjoy reading Westerns, Crime and Mystery novels and even a good steampunk novel every once in a while.

As for writing I stated earlier I enjoy writing mostly in poetry and horror. Those are my two favorite genres I feel comfortable writing in. Of course I am open to writing in any genre. I’ve written romance poems, science fiction, thrillers and much more.

6. Any project in the works?
I have three projects currently in the works. The first is my fifth novel which is almost complete. It is a sequel to my first book entitled, The Macabre Masterpiece: Repressed Carnage. It is a collection of 60 poems within 5 chapters each a different representation of horror. I am also working on a work called Poespeare where I combine the works of Edgar Allan Poe with William Shakespeare. Finally I will be getting started on my first ever series which will be a Victorian era horror and the first book will be called The Wax Factory.

And now for a game of “Which Do/Would You Prefer?”
1. Cake or ice-cream?
Both either separate or an ice cream cake. 🙂

3. Staying in a hotel or going camping?
Hotel, I’ve never stayed in one but I know I’m not the camping type of person.

4. Working in a group or working alone?
Work alone, I feel I get more accomplished by myself.

6. Being Spider-Man for a day or being Batman for a day?
Batman, his day seems way more challenging.

12. Going without internet access for a week or going without watching any movies/television shows for a week?
Neither because in my case my internet is hooked up to my cable so when it doesn’t get paid I miss out on both lol.

Thank you for joining us, Justin!
Readers: want to connect with Justin? You can find him on Twitter, Goodreads, Facebook, and YouTube. Also, be sure to check out his blog.