Journalist and lecturer Nalini Murlidhar is in the virtual studio this fine day. Her book, Wings on My Feet, just recently hit shelves; it is a nonfiction work which chronicles her adventures in Europe, Asia, North America, Africa, and New Zealand. To learn more about Nalini Murlidhar and her book, be sure to stick around! 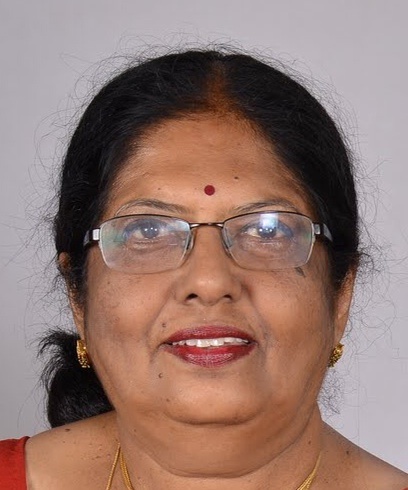 1. Tell us a bit about yourself.
I am Nalini Murlidhar, author of ‘ Wings on my Feet’ – Travelling around the Globe. Born to parents who were educated and enlightened, I grew up in Pune, India. Since my schooldays I was interested in writing, my imagination often running away with me. And so the moniker ‘dreamer’ was given to me by my family. After graduating with a B.A. In English Literature, I took admission to the post graduate diploma course in Journalism. After I graduated from the course with flying colours I worked as a sub-editor for a film magazine, later an editorial assistant for a management company. Marriage and two kids grounded me for several years. But between bawling brats and culinary adventures,I managed to freelance for prestigious newspapers such as ‘ Times of India.’ Later I was editor for in- house publications. With my husband opting to go to the UAE, I started freelancing again, writing features and columns for newspapers and magazines. Hungering for more, I came to India and joined university again for a Masters in Communications and Journalism at the age of 48! Surprising everyone I topped the university! After that I started teaching at various institutes/ universities in UAE and later in India. And here I am today authoring a book on travel!

2. Why did you start writing?
I have a passion for writing since my schooldays. That is the reason I took Journalism as my post graduate major. I have written features and columns in newspapers and magazines for decades and also taught Journalism in many institutes. 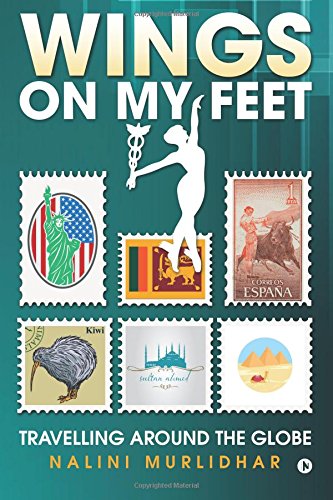 3. How did you arrive at your book’s title? Were there other titles which you were considering?
It was my son- in- law, an avid reader, who suggested ‘ Wings on my Feet’ as it
represented the Greek god Hermes, the god of travellers.

I was thinking of ‘Wings on my Shoulders, Wheels Under Feet’. But I realised it
was too long.

4. Could you tell us a bit more about your book?
‘Wings on my Feet’ is anecdotal. It is a collection of travelogues. It tells the reader what I saw and enjoyed in places in Europe, Asia, North America, Africa and New Zealand. Also where I should have researched and made reservations online. It has a touch of humour as it tells of the travails of a vegetarian in a non- vegetarian world.

6. What are you currently reading?
I am reading two books! ‘Long Walk to Freedom’ by Nelson Mandela and ‘Before we Visit the Goddess’ by Chitra Banerjee Divkaruni.

7. In your opinion, what makes a story ‘good’?
A good story should have a good plot. Most important to me is the language. The book should be not only grammatically correct but the prose should be well written with literary flourishes.

And now for a game of “Which Do/Would You Prefer?”
1. Books or movies?
Both

2. Dogs or cats?
Neither

7. Nights out or nights in?
Nights out

Thank you for joining us, Nalini!
Readers: want to connect with Nalini? You can find her on Goodreads. Also, be sure to check out her author page on Amazon.