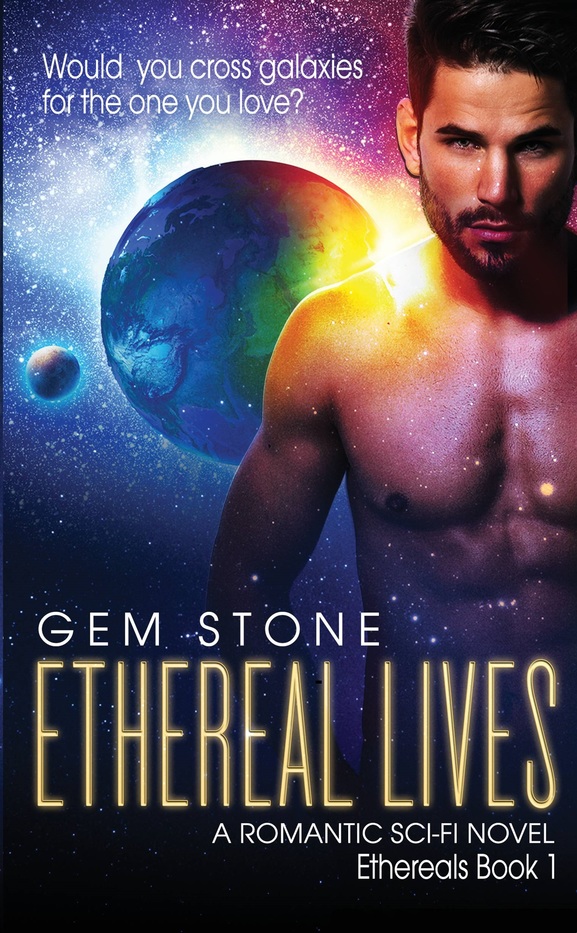 Hearing of Earth’s pending destruction, Ax and his men decide to grab a human and sell it to the highest bidder. But he doesn’t realise what he is getting when they pick Ariane. Believing humans to be simple, docile creatures, he gets a big shock when he finally meets one.

Ariane grew up tough. She knows how to defend herself, and has no plans to go to the auction block quietly. She intends to stop at every planet, see everything, and push every button she can along the way and she’s dragging Ax along for the ride.

When Ax gets taken prisoner Ariane must decide what she wants more. Her freedom or the man she loves.

Sounds like an interesting read, doesn’t it? Today’s visiting architect is Gem Stone, author of the romantic sci-fi novel Ethereal Lives. Let’s learn more about both her and her book. 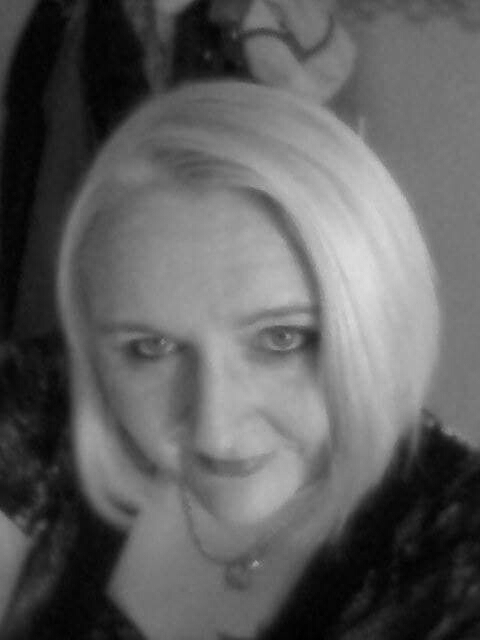 1. Tell us a little bit about yourself.
I’m Gem, a writer, blogger and avid reader. I live in the middle of England with my husband, daughter and a menagerie or pets. By day I work in a shop which has taught me the value of patience and that despite popular belief there is such a thing as stupid questions. By night I’m a writer and more recently have claimed the title of author since I’ve just published my first book Ethereal Lives.

2. When did you start writing?
I’ve meet writing stories in my head for as long as I can remember but I’ve only been putting them on paper since 2015.

3. Why did you start writing?
As any author will tell you, writing is something you first do in your head. Your mind is full of all these little people screaming at you to write their story. I guess I started writing because they got too persistent. lol

4. Do you recall the moment you first conceived the idea for your novel?
Yes, quite clearly. It started with one sentence. “What would you do if you were last human left in the galaxy?” I was struck with the idea of a woman being snatched from earth seconds before its destruction. I was getting ready for work but got so excited I dashed into my daughter’s room and woke her up to run the idea by her. She wasn’t impressed.

5. How did you arrive at your book’s title?
Ethereal Lives was a title that came to me at two in the morning (like most of my ideas) I was seven chapters into the book and had been wracking my brain trying to think of a title. I was having one of my sleepless nights when I decided to go through the thesaurus in search of a word to describe my hero. It was then I came across Ethereal. One of its many meanings is Invisible, which suits my hero perfectly as he lives in hiding.

6. Out of the characters you’ve created, which one is your favorite?
I can honestly say I love all my characters. Ax and his crew provide so much humour as they learn about humans but Ariane is my favourite, probably because she is very much like myself. She is a natural born button pusher who often approaches life with wide eyed wonder. Her feistiness and sarcasm offer plenty of laughs as she teaches Ax the true natures of humans. In some ways I’m sure readers might see her as slightly childish but it’s all part of her charm.

7. What does a typical writing session look like for you?
I always write in the living room with my family because if I didn’t I’d never see them. I sit on the sofa with a laptop desk and a coffee at any spare moment I can get. If I want to concentrate fully on my work, I plug in my headphones and listen to the radio, in order to block out all outside noise. If that doesn’t work, I write late into the night when everyone else is in bed, unless I have work early the next day. (Horrible day job, interrupting my writing time.)

8. How do you feel about outlines? Are you for or against them?
Outlines are a great thing… for other people. I just can’t do them. I’ve tried but I’m just a natural born pantster. I sit in front of a blank page and write. Any random ideas I get (again, usually in the middle of the night) I save on my phone, and try to worm them into the story, but I usually have no idea how my book will end until I’m three quarters of the way through.

9. What is your favorite book genre?
Romantic humour. Anything that makes me laugh is a winner but I only tend to read romance.

10. Any project in the works?
Being a pantster, I often get writers block. I find the best way to deal with it is to work on something else. This inevitably means, my desk top is full of works in progress. At the moment the majority of my attention is on editing book two of my Ethereals series (there is a sneak peak of this as book ones epilogue) and a modern days Cinderella spin off that I’m writing for NaNoWriMo.

11. How long does it usually take you to write a book?
I wrote Ethereal Lives in three months, however, it has only just been published so it depends on what you class as writing. The first draft was complete a long time before it was ready to publish.

12. What advice would you give to aspiring writers?
Listen to people who know more than you. No matter how good you think your book is you need an editor and a proofreader. No one can spot all their own mistakes and you will be amazed what an editor will pick up that you totally missed. But above all, never stop writing!

And now for a game of “Which Do/Would You Prefer?”
1. Books or movies?
Books without a doubt. I love to imagine things so much more than see them.

2. Dogs or cats?
I have two dogs and three cats so this is really hard. My dogs are like my children, in fact some days they are better than my children, (they don’t answer back.) But my one of my cats loves me to pieces. She is a Maine Coon called pebbles and she cuddles me and won’t even let me go to the bathroom without her. I can’t pick between them.

3. Summer or winter?
Summer! I hate the cold. Unfortunately, living in England, we don’t get as much sun as I would like but when we do you will find me typing in the garden.

4. Ebook or physical book?
Ebook, I know it’s bad but ever since I got a kindle, I find my hand hurts if it has to hold a book.

5. Living in the city or living in the country?
Country, I’m not one for hustle and bustle, I like nice quiet areas where I can walk my dogs and know my neighbors.

7. Staying in a hotel or going camping?
I’ve been camping, I hate it! It’s cold, and wet, and there are bugs! Lots and lots of bugs. And they have more limbs than I do… it’s not natural!

8. Being Spider-Man for a day or being Batman for a day?
I’m petrified of spiders so it has to be batman. I’d get Alfred to build me a machine to kill every spider on earth and spend the day exterminating them.

9. Reading or writing?
As much as I love to write I could not live without books. The escape they provide from everyday life is something I could never be without.

11. Going without internet access for a week or going without watching any movies/television shows for a week?
I actually very rarely watch TV. If it’s on, I watch it but if no one else in my house turns it on I never think about it. Now if I lose the internet it’s like the end of the world as we know it.

14. To never again eat a piece of chocolate or to never again drink a cup of coffee?
Oh god, I don’t know… Coffee… No Chocolate…no coffee…but I do love chocolate, but I NEED coffee… damn, I love them both… I DON’T KNOW!!!

Thank you for joining us, Gem!
Readers: want to connect with Gem? You can find her on Twitter, Goodreads, and Facebook. Also, be sure to check out her author website and her book’s page on Amazon.