Aficionados of romance novels, gather round! If you’re looking for a new series to jump into, you may want to check out Aislinn Kearns’ Soldiering On books. They’re imbued with healthy doses of suspense, so they’re sure to keep readers on the edge of their seats. 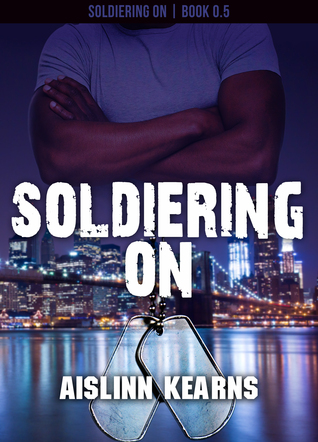 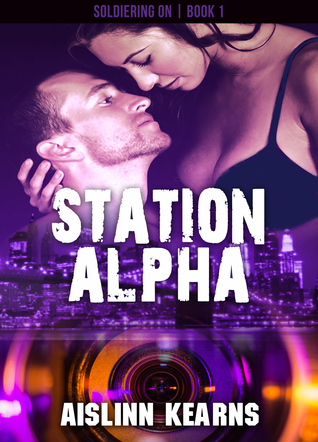 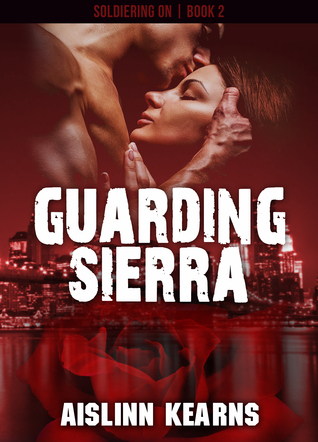 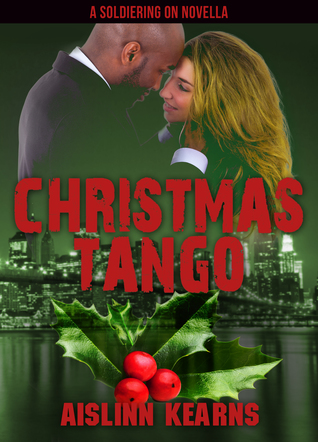 1. Tell us a little bit about yourself.
Hi, I’m Aislinn Kearns! I’m an Aussie girl currently living in Qatar. I write romantic suspense at the moment, but will most likely branch out into other romantic subgenres once I am done with my current series, Soldiering On.

I love dogs, and snow. Since I live in an apartment in the desert, I have neither right now, but it’s my dream!

2. When did you start writing?
I’ve been writing for many years – since I was a child, really. I wrote my first proper novel back when I was completing my final year of my Masters, but that one currently sits unreleased. I only started writing with an intention to publish this year. It’s certainly been a ride!

3. Do you recall the moment you first conceived the idea for your series?
I’ve been planning this particular series for a while now. The book I first had the idea for was actually what is now book 3. But I decided I wanted that story to be later in the series. I had the idea for Station Alpha, and thought it would make a good first book. In my head, the idea was much sexier and kinkier – and Paul and Christine didn’t meet face-to-face until further into the book. But when I wrote it, it just went the way it did. Funny how books can be like that!

4. How did you arrive at your books’ titles?
When I was trying to think of names for the books in the series, I knew I wanted a theme. However, I was struggling to find something that would fit all the books. I was toying with the idea of doing different versions of the word ‘Soldier’ – Soldier Forward, Soldier Mine, etc – but I could only think of a few before I got stuck, and I didn’t know how long I wanted the series to be. Plus, all the characters are in different branches of the military, so it didn’t really work.

Eventually, I settled on using the NATO alphabet. It gives me some freedom with the titles, while still having a theme.

5. What does a typical writing session look like for you?
I usually write in the evenings after work. I don’t tend to do any work unless I have deadlines, so I set myself a word count for the evening and then try to reach it before I need to sleep. If I get lazy, it means I have to sacrifice sleep, which I don’t like to do. But an impending bed time gets me motivated and writing!

I can only write in silence or to white noise sounds like rain or air-conditioning. I can’t work at all if there’s music!

6. How do you feel about outlines? Are you for or against them?
I actually did a blog post about how I outline!

Basically, I am somewhere in between a plotter and a true pantser.

7. Any project in the works?
Currently working on book 3 of the Soldiering On series!

8. What advice would you give to aspiring writers?
Keep writing. There is never a right time or place to write, you just have to carve it for yourself. Write even when you don’t feel like it. Write a few hundred words or a few thousand – just write. You can always fix it later.

And now for a game of “Which Do/Would You Prefer?”
1. Dogs or cats?
Dogs

4. Nights out or nights in?
In. I’m a textbook introvert.

5. Having telepathy or having telekinesis?
Telekinesis. It would give my laziness a helping hand

8. Working in a group or working alone?
Alone, definitely.

9. Losing all of your money or losing every picture you’ve ever taken and every picture that has ever been taken of you?
Money. You can always get more of that.

10. Being Spider-Man for a day or being Batman for a day?
Hmmm. I’d rather have the gadgets than go swinging through the city. But Batman is such a downer I’d have to go with Spider-man

13. Having your car break down on an extremely busy expressway or along an abandoned road in the middle of nowhere?
Middle of nowhere. Less stress, even though there’d probably be a higher chance of a gruesome death :p

Thank you for joining us, Aislinn!
Readers: want to connect with Aislinn? You can find her on Twitter, Goodreads, and Facebook. Also, be sure to check out her author website and blog.