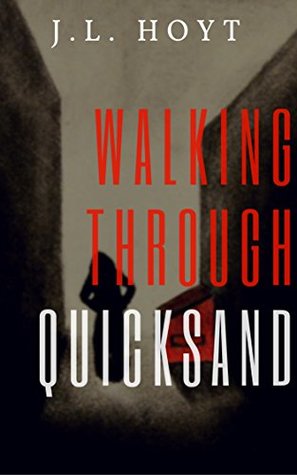 The world is full of suffering, sometimes it’s just easier to hide…

He had not always been such a lost cause. Not long before life was consumed by the poisonous chemicals that pumped through an addict’s body, He was an active participant in what was considered society; with a beautiful wife, a home, a decent career. To an outside observer, life seemed perfect. But this story isn’t a happily-ever-after fairy tale. It’s the darkest parts of life, an internal battle of demons and, maybe, redemption.

Want to learn more about Walking Through Quicksand? Stick around. Author J.L. Hoyt is with us. 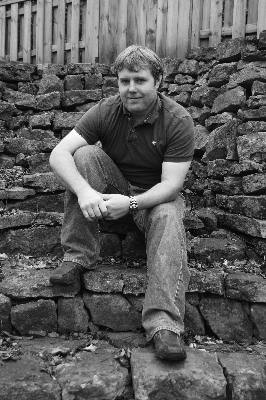 1. Tell us a little bit about yourself.
I was raised in an agricultural community out west then after getting a degree in history came out to the upper Midwest for work. I bounced around in college, starting out in drafting, then went into engineering before I finally settled on history. I like to be outdoors, hunting, hiking and photography and I love classic cars.

2. When did you start writing?
It was about ten years ago, I started out with screenwriting. I guess I was drawn into the bright lights of Hollywood.

3. Why did you start writing?
I’m not really sure, I can’t pinpoint anything in particular that sparked it but it became therapeutic for me, an outlet.

4. Do you recall the moment you first conceived the idea for your novel?
Well, part of it. The original idea was just a small portion that is in the middle of the first chapter. I had just been laid off from a part-time job at a hardware store and was feeling pretty low, things kind of branched off from there.

5. On a related note, how different is the final product (the book) from your original vision? That is, did the structure and content of the novel change with the passage of time?
It ended up changing a lot. Like I mentioned before the original idea is just a small section of the book now, it was originally supposed to trace the path of an addict but ended up being just as much about anxiety and depression.

6. Does your story have a moral?
Yeah, it has a pretty straight forward moral, this is where drug abuse can lead but like I said, the themes of anxiety and depression became just as prevalent.

7. Any project in the works?
I always have several projects in the works, I have to wait with everybody else to see which one makes it out first.

3. Ebook or physical book?
Physical book, I like the smell of the pages.

5. Staying in a hotel or going camping?
I prefer camping, there is a better chance that I can get away from other people.

6. Working in a group or working alone?
I’m a loner.

Thank you for joining us, J.L.!
Readers: want to connect with J.L.? You can find him on Twitter, Goodreads, and Facebook. Also, be sure to check out his author website.