Kindle Scout is a publishing platform which essentially allows readers to dictate which books get published. (That’s right. The readers decide!) Authors submit their manuscripts here, thereby making their stories available to readers. In turn, the latter nominate those titles which they feel should be published. The more nominations a given work receives, the greater the chances that the respective author’s dreams will be realized. 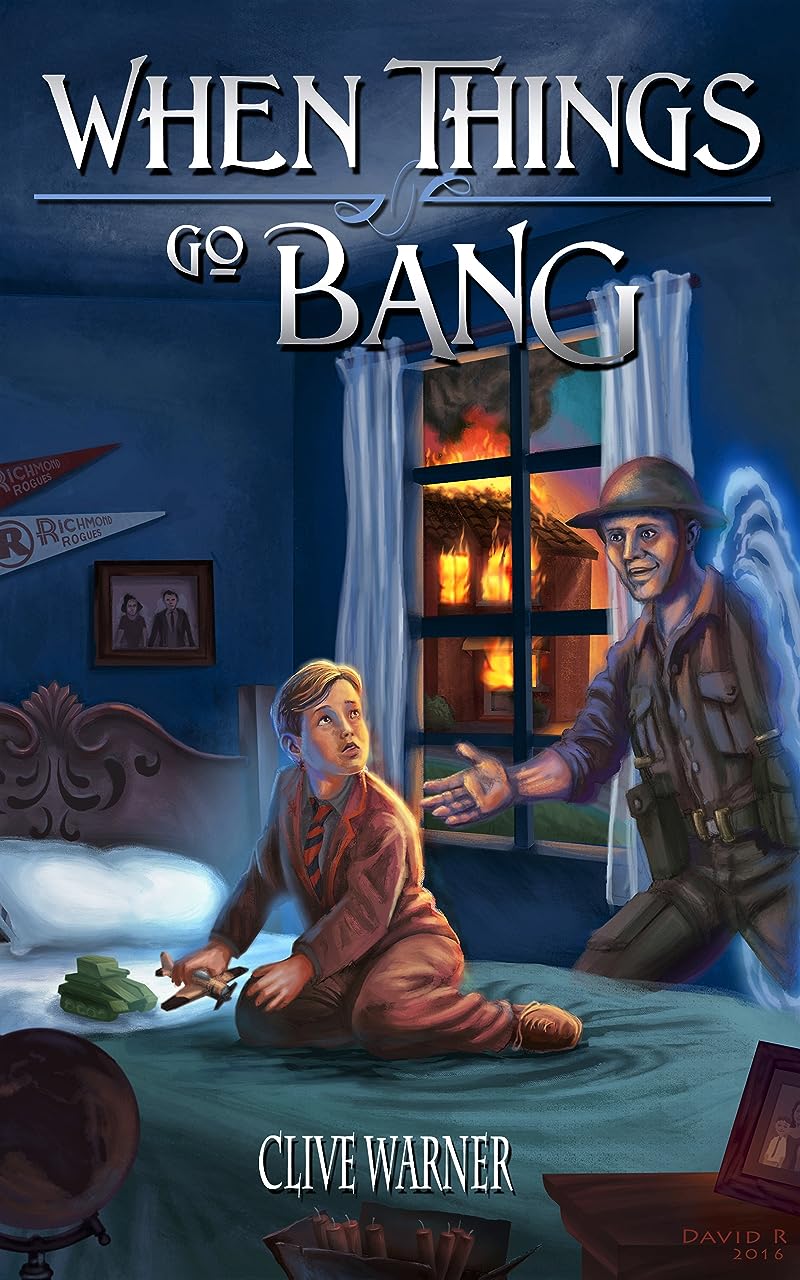 In the virtual studio today is Clive Warner, author of the yet-to-be-published book When Things Go Bang. As I’m sure you’ve already surmised from the preceding paragraph, Clive Warner currently has his novel up on the Kindle Scout website, garnering nominations. Before we learn more about both him and When Things Go Bang, let’s take a look at the aforementioned title’s blurb:

When dead Uncle Buddy appears from out of a stain on the wallpaper and takes Jim back to World War 2, that’s bad enough. But then Dougal, Mum’s prize winning Pembroke corgi, drowns horribly in a mud pool. And Jim threw the stick. Dad’s in league with crazy Joe Materson to blow up the sand-stealing excavator. Everything Jim does seems to make the situation worse. And then Old Beardy gets involved. 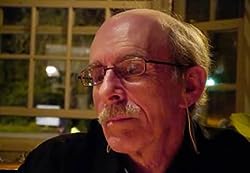 1. Tell us a little bit about yourself.
I’m a British expatriate, living in Mexico with my “half orange” as people sometimes refer to their spouse, and two Springer spaniels, both rescues. We love them to bits. I’m originally from Merseyside, and grew up on the coast north of Liverpool, which is where my latest novel, When things Go Bang, is set. Although I’m officially retired, I have a small startup making personal care products, because I enjoy chemistry very much (and that’s a theme in the novel too.)

2. When did you start writing?
I began writing around 2000 and my first novel, an action-adventure, was published by Barclay Books in 2002. Then I changed genre and wrote a science-fiction novel, Rebody, which came out in 2007. I had always wanted to write a novel but it wasn’t until I spent years with an Internet critique group that I acquired the necessary skills.

3. Do you recall the moment you first conceived the idea for your novel?
Until recently I had avoided the temptation to write a novel in any way connected to my own childhood, because that’s a common thing that beginners do. Finally I realised that the place where I grew up, and the times, were so peculiar that it would be a shame not to write a novel; and I love historicals, so that made it more logical. The project remained ‘on hold’ until I realised that I could write a second story based on a family member who died in World War 2, and introduce a reincarnation / time travel element so as to take the reader back to the battle of El Alamein. (I love action-adventure too.)

4. How did you arrive at your book’s title?
Originally, my title was “Broken Green Bottles” because of one of the key locations in the story, the House Of Green Bottles. I soon realised that the title is not informative and began to consider what really happens in the story, which is, a lot of things that go bang! Both literally and metaphorically.

5. Does your story have a moral?
If my story has a moral, it is an anti-war story. It deals with the aftermath of the war and shows how a family can be broken apart by post-war traumatic stress disorder. At the same time it deals with our fascination for war and our desire to experiment with things that we shouldn’t. Not only does the reader travel back in time to experience World War 2, but also hears about the horror of World War 1, from “Old Beardy” the beach hermit.

6. Of the characters you’ve created, which one is your favorite?
Much of the book is based on characters from my schooldays and so it’s difficult to pick a favorite, but I think it has to be “Old Beardy”, who is based on an old night watchman who guarded a building site in Hightown when I was a kid. I loved working with this character because that allowed me to explore the idea of being a beach hermit and living that kind of existence, not really part of the world of ordinary folk.

8. What does a typical writing session look like for you?
My writing process is rather different from what I’ve heard from other writers. I can’t just sit down and churn out story; that doesn’t work. What happens is that a scene comes into my head in the form of a video clip. I can sit back, close my eyes, press ‘play’ and watch the characters moving, talking, interacting, as if I were watching a home movie on TV. It’s really vivid; I hear the voices in their accents, and sometimes I smell the surroundings. I simply write down what I see and hear. When the movie runs out, I stop writing. Then I have to wait until my subconscious, or whatever it is, generates the next movie clip. When I first began with novels, I was taught the idea of using an outline, and wrote my first novel in that way. It didn’t work, I was just moving cardboard characters through a pre-written plot. Now, as I described, the characters themselves decide what happens. I have a general idea of the direction of the story of course, but it’s essential that the characters are real people who make their own minds up.

9. What is your favorite book genre?
As reader, I’ll read almost anything except romances (being an Asperger’s male you’d expect that!) but I particularly enjoy science fiction and fantasy, action adventure, historicals, and thrillers. I also like well-written general fiction. As writer, I haven’t yet decided! I want to write another SF novel, and I want to write another historical (having been editor for several, recently).

10. What are you currently reading?
I’m currently reading Kingdom Come, the last novel written by the great master of dystopian fiction, JG Ballard. He’s a writer I admire greatly for his use of metaphor and simile. I suspect that elements of my new novel, particularly the protagonist, reflect in some ways the protagonist of Ballard’s great novel (and film) Empire of the Sun.

11. Any project in the works?
I also write nonfiction, and am presently looking for a cover artist for my new project, “It Happens” which is my memoir of working in the international broadcasting industry. At 103,000 words and some 80 images, it has taken me three years to complete. I’m also working on another novel, “Kuffar”, a thriller set in the UK in modern times.

12. In your opinion, what makes a story ‘good’?
When it comes to story, I absolutely demand that the characters stand off the page in three dimensions. I can’t bear reading stories in which cardboard cutouts move about merely to fulfil the plot. I have to believe the characters, the location, and the time are real. If a story is taking place in San Francisco I need to be transported to the interior of that bar on Geary Street, order a beer from “Diana” the gay barman, and so forth. Authentic! We read fiction to be transported from our everyday world into another, and for that to succeed it’s got to be totally real, for me.

13. What advice would you give to aspiring writers?
In my opinion aspiring writers need just one thing to get going: a great premise. Once you have that, you invent the characters necessary to make it work. And then decide where the story will end up. Once you have those ingredients, simply throw the characters together, and have them all trying to achieve their desires and aims while moving the story forward at a good pace. Don’t hold back! Right now I am playing with a screenplay in which Donald Trump, Melania, Tony Blair, Cherie, and several other well-known figures, are invited to the opening of a new Trump ship-hotel in the jungle of Thailand. The premise? A tsunami floats the ship and takes it out to sea where it is caught in a hurricane. Think “Love Boat meets Ttitanic” and you’ve got it. A black comedy.

And now for a game of “Which Do/Would You Prefer?”
1. Dogs or cats?
Dogs to cats

2. Summer or winter?
Summer rather than winter

3. Car or motorcycle?
Cars, but if I were young again, motorcycles

Thank you for joining us, Clive!
Readers: want to connect with Clive? You can find him on Facebook; he has two accounts, one personal and one for his book. Also, be sure to check out his website and his author page on Amazon. To nominate When Things Go Bang for publication, please visit Clive’s Kindle Scout campaign.