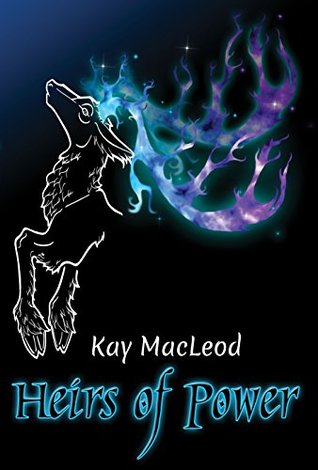 After stumbling upon an otherworldly ritual, Kitty Fairlow discovers that her own incredible hunting skills are not merely due to a lifetime of training. She has been gifted powers from an ancient spirit, passed down by her father. She is a Constellation. And she’s not the only one.

A new generation of heroes have each inherited unique abilities in order to prevent the corruption of their world by the Tenebri, a race that thrives on life energy. Kitty, along with a high-born dancer and a snarky juggler, must find their allies before the Tenebri army picks them off.

With the powerful enemy emerging, can the Constellations gather in time to put an end to the threat for good, or will their foe succeed and wreak the same destruction they have unleashed on their own world?

Talk about intriguing! With us today is the author of Heirs of Power, Kay MacLeod. 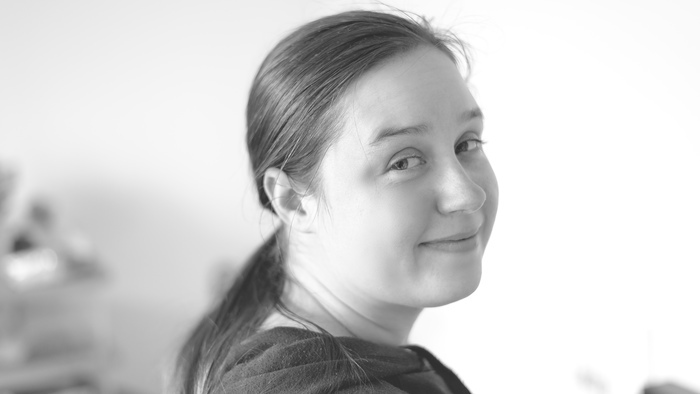 1. Tell us a little bit about yourself.
Hi! I’m Kay MacLeod, author of The Constellation Saga. I’m from England and live with my husband and cat. I love reading, writing, gaming and drinking tea. Anything with fantastical creatures or awesome powers will draw me in, like Pokémon, superheroes or dungeons and dragons.

2. Do you recall the moment you first conceived the idea for your novel?
The idea for The Constellation Saga started with an idea for a character’s power. I was laying down on my bed lamenting that so many things had been overdone, you have the fire guy and the ice guy and the healer…Then a weird thought struck me, I ran with it and realised that it would be a lot of fun to play with. One of my characters can switch two objects of a similar size if he’s touching one and can see the other, this works on people too and they don’t always appreciate it! I call it Juggling.

I knew I had to do something with this so I decided to have a group of people with unique abilities and an invading spirit army for them to fight against. That’s how the first novel, Heirs of Power, was created.

3. How did you arrive at your book’s title?
I had a lot of debates with myself about what to name this book, I was originally thinking about using the characters or their weapon’s names but it didn’t feel like it helped to show what it was about. Then I considered ‘A Gathering of Constellations’ but it felt weak. So, I went back and tried to describe the story in the least amount of words I could, so ‘Heirs of Power’ was born! The main characters have each inherited a powerful spirit from one of their parents, this provides their magical abilities so the title made sense to me as soon as I thought of it.

4. Of the characters you’ve created, which one is your favorite?
I have to say male lead, Asher Grey. He’s the one with the Juggling ability and I’ve had so much fun coming up with ways for him to utilise it. I love his attitude even more though- he’s snarky, elitist, grumpy and sarcastic, yet so adorable! He bounces off the protagonist, Kitty, really well and their banter makes me ashamed at how much I laugh out loud at words I wrote…

5. Using five words or less, describe the protagonist in Heirs of Power.
Kitty is- Compassionate, naive, impulsive, skilful and determined.

6. How do you feel about outlines? Are you for or against them?
I think they are very important, especially when you’re trying to build a whole world! I plan heavily at the start of a novel to make sure I have a believable world, well-rounded characters and a plot that flows well throughout the book. That doesn’t mean that I always follow it though, if a great idea springs to mind or I feel like something would fit better at a different point I’m not against shifting things around. The ending to Heirs of Power changed pretty dramatically by the time I reached it, but I wouldn’t have gotten there in the first place if I didn’t have the outline to guide me.

7. In your opinion, what makes a story ‘good’?
Characters. Without a doubt. I could read something mundane where everyone is sitting around, drinking tea and not doing much if it’s people that I’m fascinated in doing it. Give me the world’s most exciting story with explosions, dragons and huge twists- I won’t be gripped if it involves characters that feel so flat I don’t care about them.

I also like a bit of unpredictability, there’s nothing worse than guessing every plot point before it happens.

And now for a game of “Which Do/Would You Prefer?”
1. Books or movies?
Books.

4. Nights out or nights in?
Nights in.

8. To find true love or to win the lottery?
True love always wins!

Thank you for joining us, Kay!
Readers: want to connect with Kay? You can find her on Twitter, Goodreads, and Facebook. Also, be sure to check out her author website.