I enjoy a good mystery read, don’t you? They always manage to keep you glued to the edge of your seat. In the virtual studio today is David Allen Edmonds, author of Personal Pronouns — a mystery novel, as I’m sure you’ve already surmised by reading this post’s intro.

Before we sit down with David to learn more about Personal Pronouns, let’s take a quick look at the aforementioned title’s blurb: 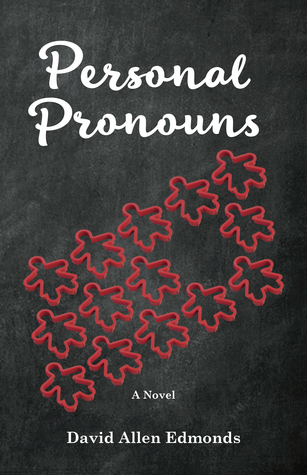 Joe Lehrer is grieving the death of his wife in an automobile accident, and at the same time blaming himself for it. He manages to keep his life together and return to his job as a teacher, but is rocked again by the suspicious death of a student.

With the help of his colleagues and his own dubious faith, Joe puts aside his sorrow and investigates the connections between the two deaths. He finds the truth, but also a secret, a deadly conspiracy leading from suburban Stradford to the Governor’s Mansion. Now he must decide whether compromising his own values by descending to the level of the guilty is worth the pursuit of justice. 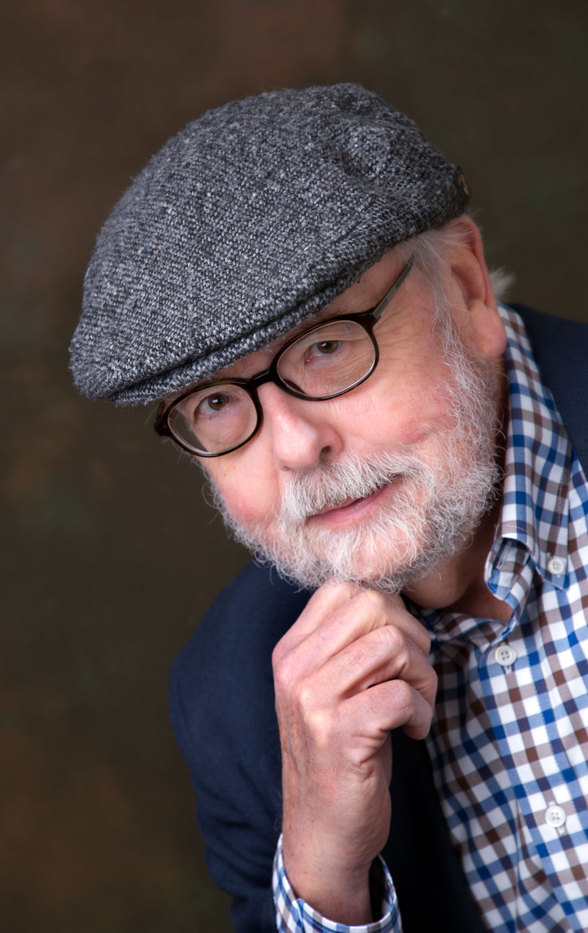 1. Tell us a little bit about yourself.
My family moved around a lot when I was a kid, from Milwaukee where I was born, to San Francisco, to Flint, MI, (yikes, don’t drink the water!) and finally to Cleveland.  I’ve planted roots in the Cleveland rea, probably because I didn’t want to move any more; three moves in elementary school were enough.  Now I live in Medina, OH, close to Cleveland and Akron.

2. When did you start writing?
I started writing to explain my life as a teacher, or to clarify what was really going on in schools as I saw it.  Twenty years into my 43 year career as a teacher, I decided to write twenty short stories. As I spent a lot of time in the faculty lounge, I call them The Faculty Lounge Stories. I’ve sold a couple, but now six of them are archived on my web page.  They’re talky and opinionated and political and I believe similar to what happens in faculty lounges in other schools.

3. Why did you start writing?
As I said above, my stories were semi-rants: nobody understood me!  As I got better, the stories were less about me and more about real characters and situations. They began as re-tellings of my experiences and became more creative.

4. How different is the final product (the book) from your original vision? That is, did the structure and content of the novel change with the passage of time?
Personal Pronouns began with the many of the characters that inhabit the stories, but has gone off in a different direction.  The school is still the setting, the characters are more fully developed and varied, and the plot is a mystery.

5. How did you arrive at your novel’s title?
The title comes from my years teaching grammar.  The protagonist, Joe Lehrer, does that too, so it works on that level.  Substituting pronouns for nouns, led me to thinking that the same pronoun, “he” or “she” for example, replaces any specific noun. I believe that ties into the prostitution ring that is uncovered in the book: instead of Mary, or Connie, any “she” will do.

6. Does your story have a moral?
Ah, the moral question.  I believe I was inordinately moral- or theme-driven in my earlier works, so I strove to make the plot and setting more interesting in the novel.  Several themes I believe are present:  Good triumphs over evil, only with effort and never permanently.  A conscience is a guide, but the hero must act on his conscience. There are not always thick lines separating  good people and evil people.

7. Of the characters you’ve created, which one is your favorite?
The last question flows into this one about my favorite character.  It’s actually on of the bag guys, Karl.  He has an interesting sense of humor and a sense of duty and a moral code.

8. What does a typical writing session look like for you?
I like to think I write like Hemingway, his process anyway.  Morning, no music.  I re-read yesterday’s work, make changes, then move into today’s.  Unlike Papa, I sit at a word processor. No goals or word count, I know when I’m done.  To me an outline is broad, a target.  When things are rolling, the characters show me how to get there.

9. Any project in the works?
A sequel is in the works.  I left a couple threads dangling and have several pages of notes, but I haven’t started writing: this publishing thing takes a lot of time!

2. Dogs or cats?
Cats, and while you’re at it, Geometry, not Algebra

6. Nights out or nights in?
Days in, nights out

8. Having telepathy or having telekinesis?
Telekinesis

11. Staying in a hotel or going camping?
Hotel!!

13. Being Spider-Man for a day or being Batman for a day?
Batman! Even Lego Batman!

Thank you for joining us, David!
Readers: want to connect with David? You can find him on Goodreads and Facebook. Also, be sure to check out his website and author page on Amazon.