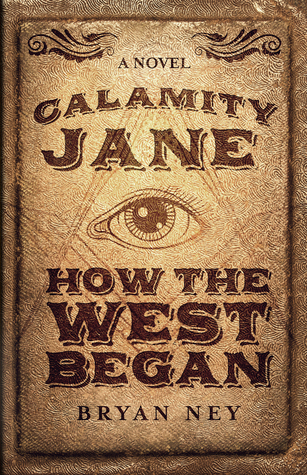 Fifteen-year-old Martha Canary’s family arrives in the goldfields of 1860’s Montana in impoverished circumstances and despised for uncertain reasons. Soon, though, Martha makes a name for herself as Calamity Jane through her exploits, wins friends and becomes the toast of the town. Murder and robbery stalk all who travel the surrounding trails, and Jane thinks she knows who is responsible. Can she and her new friends rally forces to clean the place up? 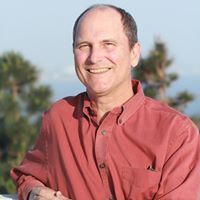 1. Tell us a bit about yourself.
I am a medical doctor in Los Angeles, the kind you would see for routine care or an acute illness, living a drought-conscious lifestyle in Malibu. I am the survivor of the teen years of three of my progeny, and a part-time participant in my wife’s reality television career.

2. When did you start writing?
I started writing decades ago in Medical School. If I hunted around a bit, I could probably find the rejection slip I received from Esquire Magazine, which I framed. There was probably a ten-year hiatus before I tried writing again.

3. How different is the final product (the book) from your original vision?
Very different. For twenty years or so I worked intermittently, writing and rewriting the story with the doctor the nexus between the good guys and the bad guys terrorizing a Montana frontier town. I wrote it as a screenplay because I live in the world capitol for that sort of thing and I have a friend who is a screen writer for advice. But I could never get a good story arc going, because the doctor did not drive the action. Three years ago, I started experimenting with Calamity Jane as the main character, and switched from screenplay to novel, since no one will read a spec screenplay anyway. This worked much better, because Jane had to figure out who the bad guys were, then figure out what to do about that, and there was room in the story for a subplot of personal growth.

4. What does a typical writing session look like for you?
I like to write at Starbucks.  I sometimes write at home, but it is too easy there to get distracted, to succumb to interruptions, or to eat too much. My weekend routine is an early start, five a.m. often, wordsmithing for several hours. Mental fatigue sets in, and the afternoon is spent on authorship- hunting down ways to publicize my book, entering contests, querying bloggers, etc.. Sometime during the day I spend at least a couple hours playing tennis, or biking to stay in shape for tennis. Very often while biking I get ideas for my writing, usually how to insert historical anecdotes.

5. Any project in the works?
Definitely. I am researching an Indian captivity story which will somehow involve Jane. There was no such event in her life, but she was known to stretch the truth quite a bit, so the same as in “…How the West Began,” this will be the story she would have told us if she had thought we might believe her.

6. What is your favorite book genre?
My favorite genre for relaxation is non-fiction. I have read everything by Malcolm Gladwell and all of the “Freakonomics” series by Levin and Dubner. I also read history, but lately that is mostly research. My favorite historical fiction authors are James Clavell and James Michener. Given a choice for a movie, I will always go for historical fiction- “Master and Commander,” and “Hurt Locker” come to mind. It appears to me, as I plow through Goodreads, K-boards and such, that I read much less than other authors. I felt at a disadvantage for that until I came across  book by Michener that detailed his writing history. After the age of 40, most of his reading was just research, very little for enjoyment. I have a job that takes at least fifty hours per week. Will I read more after I retire, or just write more? We shall see.

7. What is your favorite book?
I loved the movie, “The Girl With the Dragon Tattoo,” which I will presume followed the book for this purpose. I admire the way the author opens with mysterious love letters, which are explained at the end and one scene in the middle. This 2% of the movie adds tremendous meaning to what is otherwise a good story, making it great.

And now for a game of “Which Do/Would You Prefer?”
1. Dogs or cats?
Cats. We have three. They can take me or leave me, and the feeling is mutual. Dogs are too much responsibility.

2. Having telepathy or having telekinesis?
How could any author go for telekinesis on this one? I would be such a great writer if I could hear the thoughts of strangers.

4. Being Spider-Man for a day or being Batman for a day?
Spider Man. I am much more attracted to swinging around the city on goo that I can shoot from my wrists than driving a cool car or motorcycle. Also, Batman needs to take his Prozac.

6. To never again eat a piece of chocolate or to never again drink a cup of coffee?
Since I drink lots and lots of mocha, this question amounts to, “could you better survive on coffee or hot cocoa? The answer is hot cocoa. When I was twenty, the answer would have been coffee; but my brain doesn’t need wake-up juice like it used to.

10. Have every day be Saturday or have every day be Christmas?
Every day should be a Saturday. For me, I only get to write on a Saturday or a Sunday for the most part. After a couple weeks of daily Christmas, I would be spending half my time selling all the stuff at garage sales. And who would buy it anyway, if they were being inundated with gifts every day?

Thank you for joining us, Bryan!
Readers: want to connect with Bryan? You can find him on Facebook and Goodreads. Also, be sure to check out his author website.