Looking for a new series to dive into? Are you a fan of epic fantasy? If you answered ‘yes’ to the preceding two questions, I encourage you to stick around. Even if you answered ‘no,’ don’t go away. It’s always nice to learn about new up-and-coming authors, isn’t it? Glad you think so!

Visiting Coffee with Architects of Worlds Afar today is Lorna Walker, author of the Penwel trilogy. Aldis (book one) was released in 2014, and Kadmos (book two) was published last month. We’ll be discussing the latter title with Lorna Walker, but before we do, let’s take a look at the blurbs of the aforementioned books: 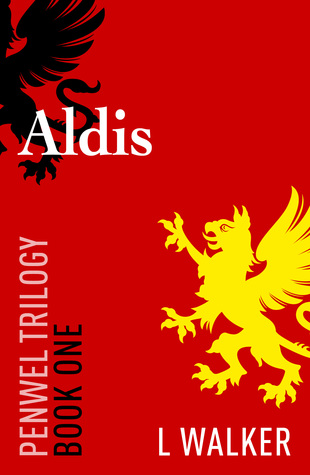 Jocelyne’s happy, but dull, life is completely shattered in one sunny afternoon. Fleeing from unknown pursuers, she finds herself in another world and discovers a family she never knew existed, including a twin brother with whom she shares an unusual connection. Before Jocelyne can settle into her new surroundings, where she is suddenly an important figure and magic is an accepted part of life, an old enemy resurfaces and the teenage girl must rely on a young bodyguard she hardly knows in order to save herself and her new found family. 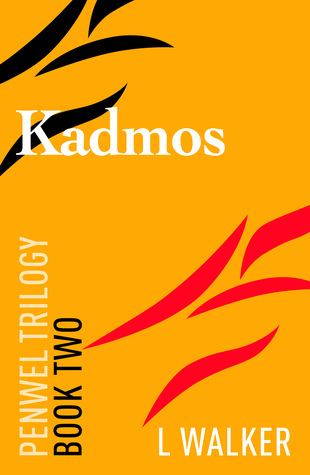 The Aldis’ might have destroyed Kolbyr in the battle to save their people, and the rest of Penwel, from the Fire Demon, but they have not defeated all their enemies.

Kiarr has survived, and finds someone in the wreckage of that fire that he can use to bring about the rise of Kadmos, and his master.

1. Tell us a little bit about yourself.
I’m from the UK, currently living in Essex. Besides writing, I enjoy playing computer games, mainly mmos and rpgs. I also love gardening. Before we moved into our current home we had no garden, so I carried out, what I called, vicarious gardening (descending on my parent’s and sister’s garden so I can get my fix). Now we’ve moved I have my own garden, and am thoroughly enjoying turning into my little haven.

2. When did you start writing?
I had always spent a lot of my spare time, as a teenager, day-dreaming. If I was walking to school, to the town centre, etc. then I would be day-dreaming, making up stories. When I listened to music I would day-dream ideas and stories that would fit the music, either the lyrics or the atmosphere the tune created. When I was sixteen, our English teacher spent several lessons getting us to write stories, covering different themes and styles. One weekend, I took an idea that I’d been mulling over and wrote it down. I nervously showed my teacher, who took it home and read it. When she gave it back to me (there were red pen marks on it, of course) she said she really enjoyed it, and that I should keep writing. I was thrilled, but also slightly annoyed because I had concluded that it was rubbish, and that I could do a lot better. I threw it away and re-wrote it. This was the beginning of Aldis, though I didn’t realise it at the time.

3. Do you recall the moment you first conceived the idea for Kadmos, book two in the Penwil trilogy?
There were two major moments. The first was when I started writing Aldis, which was re-written many times because, at the beginning, I had no idea what I was doing, or where the story was going (the joy of being a teenager).

The second came when, years later, I picked up Aldis again, (Other things had taken priority in my life, so the story had fallen by the wayside.) threw a large chunk of it away, and came up with an actual, proper, story. Out of that idea came the major story arc, and the realisation that I was facing a trilogy rather than a single book.

I remember that day well, because it’s not often that you get a grown woman, in her late twenties, bouncing with excitement (I was literally jumping) along the pavement to meet her husband. This was the moment when the concept of Kadmos was born.

4. Does Kadmos have a moral?
There isn’t so much a moral for the story, but there is a major theme which runs throughout the story arc. ‘Control’, whether on a small or large scale, and how individuals and cultures deal with it, and its effects.

5. Of the characters you’ve created, which one is your favorite?
I’ve got to admit to having a soft spot for Anselm. There is so much in him which appeals to me as a human. He’s not perfect, but he does try.

7. What does a typical writing session look like for you?
I normally write in the evenings. I’ll be sat on the sofa, in the frontroom, with the TV running on in the background, and a cat trying to fight his way onto my lap and the keyboard. (By the way, the cat is trying to do that right now). I try to aim for a chapter a week though, if it’s a large chapter, or if the story is being particularly awkward, I’ll allow for two weeks.

8. How do you feel about outlines? Are you for or against them?
I am very much for outlines, and planning. Kadmos was so much easier to write because I had key targets that I wanted to hit in each chapter. With Aldis I winged it a lot at the beginning (whilst I learnt about writing), which ultimately resulted in me re-writing the book from scratch. I will admit that, even with outlines, there is still a chance that you will find yourself somewhere that you didn’t expect. The trick is to see how you can take advantage of the situation.

9. What is your favorite book?
I don’t think I have a favourite book, though there are some that I return to, time and again. I have sobbed repeatedly over Vanyal in Mercedes Lackey’s ‘Magic’s Pawn’. That one has to be read with a tissue box by my side. But my favourite author is Terry Pratchett. I always enjoy any of his books with Vimes in them…or Moist…or the witches. I just love his writing style. I love how he adapts it, the words he uses, to fit a character.

10. Any project in the works?
I working on the final book to the Trilogy, Meredene.

5. Having telepathy or having telekinesis?
Telekinesis

7. Making a phone call or sending a text?
Phone call

8. Staying in a hotel or going camping?
Hotel

9. Working in a group or working alone?
Alone

10. To find true love or to win the lottery?
True love

14. Spending half a day locked in a coffin (there would be a hole for air, of course) or spending two days trapped at the bottom of a well?
Half a day in the coffin.

Thank you for joining us, Lorna!
Readers: want to connect with Lorna? You can find her on Goodreads. Also, be sure to check out her author website.